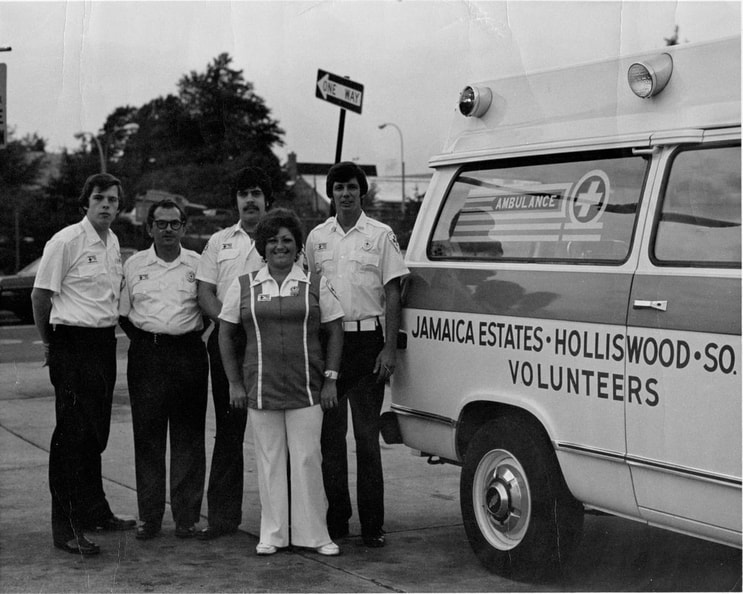 In 1973 a group of concerned citizens felt they had to do something about the poor ambulance service being provided by the city in the Jamaica and South Bayside areas. It was routinely taking 20 minutes for an ambulance to arrive and when it did it was staffed by people who had been given only minimal first-aid training. It was a situation often described as "scoop and run treatment." Citizen concern turned into action and the Jamaica Estates - Holliswood - South Bayside Volunteer Ambulance Corps was formed.

Today, the city has become better at providing ambulance service but still has a way to go as many other metropolitan areas have a response time of 5 minutes or less vs. over 10 minutes in NYC.

Our squad was one of the first in the city to offer cardiac arrest victims the benefit of early defibrillation by specially trained emergency medical technicians, as well as one of the firs to offer opiate overdose reversal drugs, and syringe epinephrine. The city recognizes our abilities and through a mutual aid agreement has called upon our ambulances to help at the NYC marathon, major emergencies, and mass-casualty incidents.